This article from Jezebel has just popped up on my Facebook newsfeed. To summarize, Olympic gymnast and gold medallist Gabby Douglas has revealed that during her time training at Excalibur’s gym, she was the victim of racial bullying. This was perhaps the most shocking quote of all:

“According to Douglas, one incident in particular pushed her to the brink of quitting. An apparently shiftless training partner was asked to scrape chalk off the bars and, rather than just doing it, asked, “Why doesn’t Gabby do it? She’s our slave.” ”

So how did Excalibur’s alumni respond? Surely, any decent person would be filled with horror at learning of this, and be keen to reach out to Gabby in support and apology, as well as make an effort to teach younger gymnasts that such behaviour is unacceptable. Wouldn’t they?

No such luck. Instead, prominent ex-Excaliburians (if that’s what they’re called) were filled with outrage at Gabby’s ‘ridiculous’ claims, and were eager to deny that racism existed in their gym at all. Randy Stageberg, former Senior International Elite and National Team member, asserts positively that “anything [Gabby] may have felt was never about race”, and remarks, “I never once heard her complain about girls being mean, funny how it is just now coming up.”

Firstly, I find it absurd that Stageberg could proclaim with such confidence that anything anyone ever said to Gabby at the gym had nothing to do with race. Did she secretly place a little spy camera on Gabby’s shoulder, in order to analyse every comment, look or gesture addressed to her throughout her time there? And the snarky comment, “funny how it is just now coming up,” loaded with the implication that Gabby is making it all up for attention, is downright offensive.

Secondly, it is amazing to me how Stageberg could find allegations of racism so impossible to believe, when we’ve all seen Gabby subjected to it by the general public just a few weeks ago. Remember how Gabby became the first African-American gymnast in Olympic history to become the individual all-around champion, and the first American gymnast to win gold in both the individual all-around and team competitions at the same Olympics? And then how all everyone wanted to talk about was how messy her hair was? 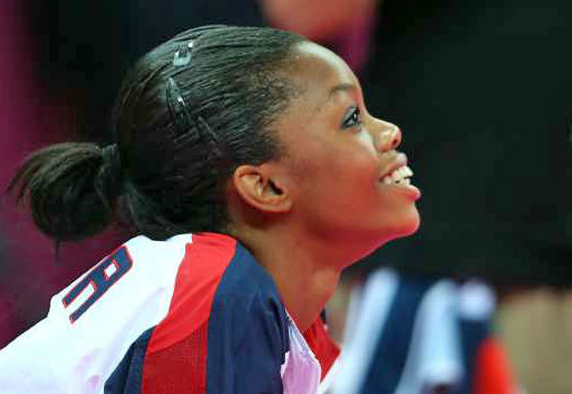 Her hair looks just fine to me. It’s pulled back tightly away from her face, lifted away from her neck and shoulders, and does nothing to disrupt her lines when she’s performing gymnastics. Here are some pictures of the other American gymnasts and their hair. 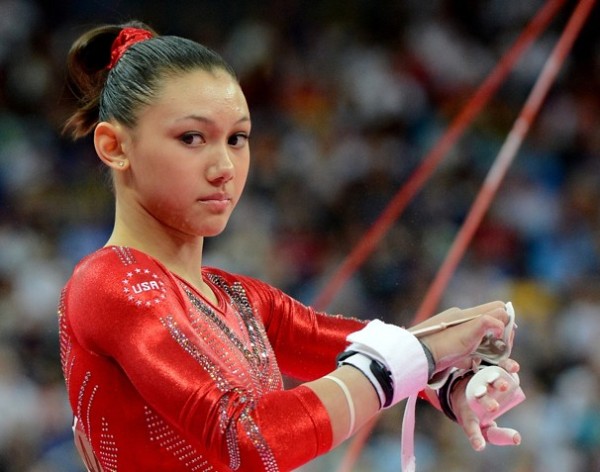 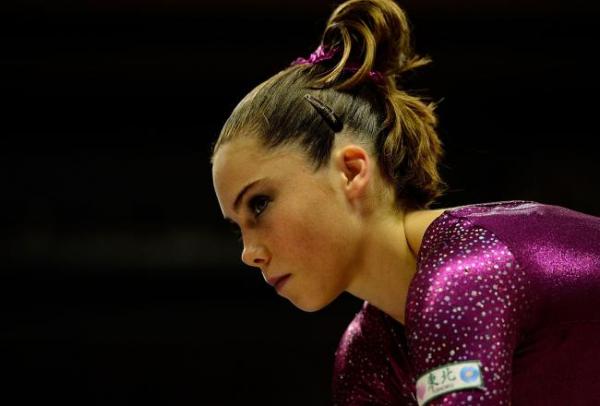 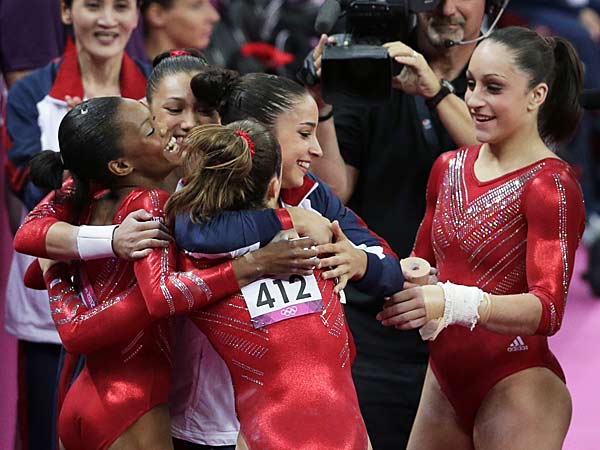 So what’s the difference? Could it be that Gabby, being the only African-American in the group, has hair that is not -gasp- as smooth as that of her fellow gymnasts? Hmmm.

Finally, I’m not in the least bit surprised that Stageberg had “never once heard her complain.” I once worked in a rather male-dominated environment, and often struggled with prejudices based on my race and gender. I never spoke about it to anyone at work though. I knew that there would be denial, that I would be seen as overly-sensitive and should just learn to toughen up. And given Stageberg’s reaction to the revelations now, is it any wonder that Gabby never confided in her?

5 thoughts on “Shame on you, Excalibur”